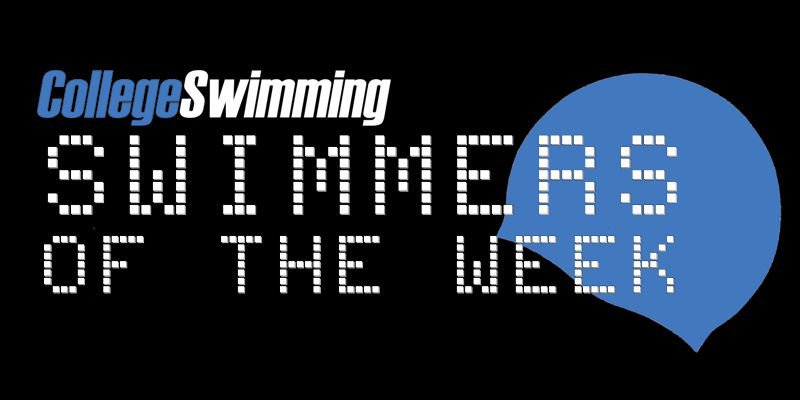 The Stanford freshman was hardly the only repeat winner on the week, however.  Seven of the ten national selections have won previously.  Florida's Caeleb Dressel was selected for the third time.- the most among Division I men.  SCAD-Savannah's Julie Woody also became a three-time winner among NAIA swimmers.  Those two can't match Iowa Lakes' Hylton Collinson, however.  Collinson was selected as the NJCAA men's swimmer-of-thje-week for the third-straight week.

CollegeSwimming also selected 128 conference swimmers-of-the-week.  Selections are made from results submitted by Midnight EST each Monday.