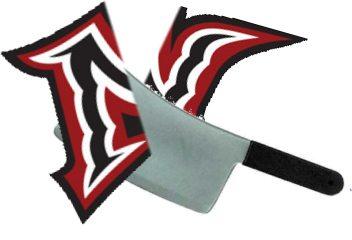 Just weeks after Cal State Bakersfield saved their program and just days after breaking five team records at the Big West Championships, Cal State Northridge has announced the elimination of men's and women's swimming as a part of campus-wide reductions to help deal with the on-going campus and statewide financial crisis.

The elimination makes CSN the second Big West team to be discontinued this season following the elimination of UC-Irvine, and leaves the Division I conference with four programs.  The elimination also marks the possible end of a storied program that won four NCAA Division II women's titles and nine men's titles.

"This decision was very difficult to make," said Rick Mazzuto, Director of Athletics. "However, after a thorough and in-depth budget review, it is clear that the University can no longer continue to support the number of sports we currently sponsor.  It is painful, but the sports program is suffering the same cuts that are occurring throughout California and across our campus."

The move to discontinue men's and women's swimming will reduce the number of intercollegiate sports supported by Cal State Northridge to 18 (8 men's, 10 women's) which still ranks in the upper half of the Big West Conference members in terms of team sponsorship.

"We regret the University must take this action that results from severe budget reductions affecting the entire University community.  The announcement today is a significant decision to ensure the long-term sustainability of our Intercollegiate Athletics programs," said Cal State Northridge President Jolene Koester.

Undergraduate student-athletes now on the men's and women's rosters who are receiving athletics scholarships will retain aid until their athletic eligibility expires. The CSUN Athletic Department will provide the student-athletes with assistance should they decide to transfer to another university or college.
Tweet